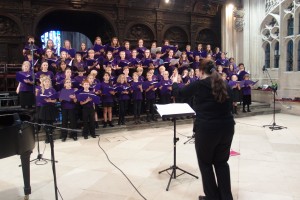 Lynette has been teaching since her student days where she was awarded a Bachelor of Music Education with Honours in Voice at the University of Melbourne, specializing in classroom singing, choral skills and the Kodály Method. In Australia she taught in several specialist music schools, and worked for The Australian Boys’ Choir, Melbourne Youth Choir. She was a founding staff member of The Young Voices of Melbourne.